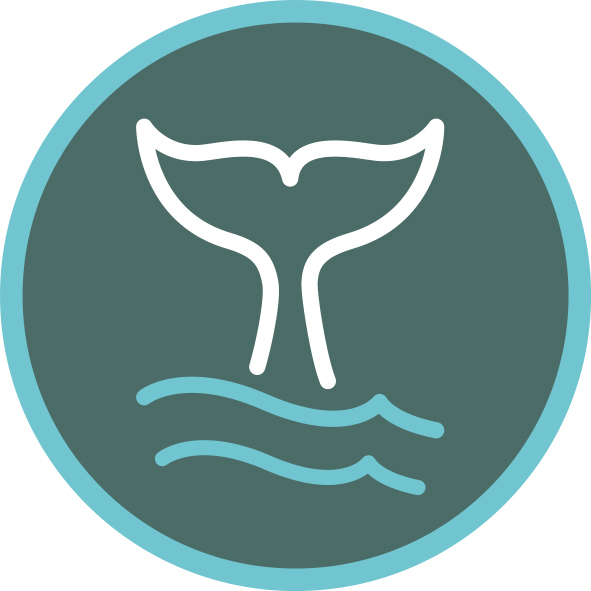 A wild and spectacular coastline

“Maar citizens have always had a close connection with the sea and its resources, which were central to our culture, economy and survival. The ocean nourished our Ancestors and we still rely on it for our survival. Abundant middens along the coastline tell a rich story of our past. The coastline is home to sites that are important for our Dreaming – Three Sisters Rocks and Deen Maar (Lady Julia Percy Island) where our Ancestors leave the earth.

Our connection with our Sea Country extends well beyond the current shoreline to the edge of the continental shelf. While this area is under the sea today, we occupied it for thousands of years and rising sea levels have not washed away the history, physical evidence or our connection.”

The Glenelg Hopkins region is characterised by its dramatic coastline, with towering cliffs and extensive dune systems carved out by changing sea levels, volcanic activity, and wind and water erosion. The Gunditjmara and Eastern Maar peoples have a strong cultural association with the region’s marine and coastal environment. The many middens along the coast are evidence of the long history of Aboriginal people gathering food from the marine environment. At Moyjil (Point Richie) at the mouth of the Hopkins River human habitation has been dated to at least 40,000 years1. Between Tyrendarra East and Port Fairy the Land and Sea Country of the Gunditjmara and Eastern Maar peoples meet and are co-managed2. Deen Maar, an island between Portland and Port Fairy is of cultural and spiritual importance to Gunditjmara peoples, who associate the island with the spirits of the dead3. The Convincing Ground (east of Portland) is the site of the first documented Aboriginal massacre in Victoria around 1833.

Eighty per cent of Victorians rate the marine and coastal environment as the most important natural feature of Victoria4. It contributes significantly to the economic, cultural, environmental, and recreational life of local, regional, and state communities5. Environmentally, it is rich in biodiversity, with many unique species and is home to a variety of threatened species. The coastal zone also contains many sites of Aboriginal and European historical significance and regionally significant ports and industry6.

The marine and coastal environment of the Glenelg Hopkins region extends 220 km from South Australia east to just before the Bay of Islands (Figure 1). The marine environment extends out three nautical miles (5.6 km) to the state waters limit and covers about 142,360 ha (Figure 2)7. The coastal environment considers all land five kilometres inland from the high water mark, or further to encompass the long estuaries such as Glenelg, Surry and Lake Yambuk. All the marine and some of the coastal environment is in public ownership and some is protected as Parks and reserves managed by Parks Victoria, the new Great Ocean Road Authority and Traditional Owner groups8.

The vegetation of the coast is shaped by the influence of the ocean, with long beaches and mobile dunes, coastal cliffs and sheltered volcanic bays, estuaries, wetlands, and lagoons. It is home to a wide variety of reptiles, birds of prey, waterbirds, woodland and ground-dwelling birds, and an array of mammal species. At the time of European settlement, it was dominated by forests, heathy and grassy woodlands and coastal shrubs and grasslands. Coastal vegetation has been extensively cleared as agricultural and urban areas have developed. The remaining habitats, particularly open coastal shrubs and shallow freshwater wetlands, are highly significant and vital for biodiversity conservation.

The region’s marine environment is characterised by its powerful waves; cold, nutrient-rich water; kelp-dominated rocky reefs; and a seafloor that drops away steeply offshore. In spring and summer, the Bonney Upwelling forms as south-easterly winds make the cold, nutrient-rich waters well up from deep water to the surface at the edge of the continental shelf. These nutrients support planktonic organisms and form the basis of rich food chain including krill, fishes, seabirds, penguins, fur seals and whales. It is one of only 12 known feeding areas in the world for blue whales9. Its reefs have rich assemblages of sessile filter feeders such as sponges and bryozoans10. The Bonney Upwelling is the basis for a rich and diverse fishery. Learn more about some of the region’s threatened marine and coastal species by clicking on the photos below.

The marine environment contributes significantly to the environmental, economic, and social values of the region11. It is one of the state’s most productive commercial fishing regions contributing $41.7 million of added value in 2016-2017 and 352 full-time jobs12. The three home ports – Portland, Port Fairy and Warrnambool – support a diversity of professional fisheries. This includes pipi, abalone, southern rock lobster, wrasse, southern squid, giant crab, southern and eastern scalefish and shark, and associated processing, wholesale, and retail sectors13.

Eels are commercially harvested from estuaries and rivers, with 54% of the catch coming from western Victorian coastal waters14. Estuaries and rivers with commercial licences are Eumerella River (including Lake Yambuk), Darlet Creek, Fitzroy River, Moyne River, Surry River, Shaw River, Moyne River (Belfast Lough) and the Merri River15. Abalone aquaculture is onshore at Narrawong and Port Fairy, and there is a reserve off Portland.

A healthy, dynamic, and biodiverse marine and coastal environment provides environmental, social, cultural, and economic values and benefit to Victorian communities (Figure 3). The ability to provide these diverse benefits is impaired when the condition of the environment decreases, so measuring condition and trends in condition are important in natural resource management.

The marine environment does not have any formal agreed measures for assessing condition, except for threatened species and conservation of marine ecosystems in protected areas21. Over recent decades, the fishing fleet and associated industries have contracted, mainly due to restructuring and the introduction of quotas, and the 2006 abalone virus22. The region’s main fish stocks have been assessed as being sustainably harvested23. In the past decade, with improved technology, nearly 60% of the region’s marine benthic area has been mapped, helping us understand shallow water coastal areas24.

The coastal environment condition is assessed through estuarine and wetland health, extent of native vegetation, migratory shore birds and the presence of threatened species. The coastal environment is under extreme pressure and in marginal condition. Some specific asset areas may be in marginal to good condition, but they are generally in protected areas such as national or state parks. A key challenge for improving or maintaining the condition of the coastal zone is coastal development25. Where areas of the coastline are in high demand and subject to development pressures, coastal habitats tend to gradually fragment or are lost. Climate change will add further challenges and risk serious impacts on biodiversity and ecosystem health26.

Geoscience Australia has released a Digital Earth Australia Coastlines (DEA Coastlines) website, a continental dataset that includes annual shorelines and rates of coastal change along the entire Australian coastline from 1988 to the present. The site combines satellite data from Geoscience Australia’s Digital Earth Australia program with tidal modelling to map the typical location of the coastline at mean sea level for each year. This allows trends of coastal erosion and growth to be examined annually and for patterns of coastal change to be mapped and compared over time.

All estuaries in the region are in moderate to good condition (see estuaries theme for more information on condition and trends).

There are 259 coastal wetlands covering 4,396 ha, one quarter of which are in protected areas such as national or state parks and are primarily large wetlands. Seventy-ﬁve per cent of coastal wetlands are on private land, and are smaller, more fragmented, often drained and surrounded by cleared land used largely for stock grazing, including dairy. They can be sinks for agricultural drainage and run-oﬀ, decreasing water quality and changing inundation frequency. From 1985 to 2019 there has been a 53% decline of seasonal and 30% decline of perennial wetland vegetation in the coastal environment (Figure 4). Figure 5 shows the extent and spatial distribution of coastal vegetation within the coastal region.

A wide range of habitats that support diverse and unique ﬂoristic species and communities are found along the coast. In the west, this includes relatively large pockets with good levels of connectivity with smaller, isolated patches in the east. Vegetation communities include coastal dune scrub, damp sands herb-rich woodland and associated wet and damp heathland complexes. A lot of coastal vegetation has been cleared for agriculture and further coastal development is a major fragmentation threat. Introduced animals, such as rabbits, contribute to the ongoing decline of indigenous species. Exotic and environmental weeds, particularly marram grass, coastal tea- tree, and New Zealand mirror bush, invade indigenous communities. From 1985 to 2019 there have been declines in the area of some native vegetation cover in the coastal environment (Figure 6). There has been a 65% decline for native scattered trees, 72% for native grassland and 15% for natural low cover vegetation. Conversely, there have been some increases in the area of some native vegetation cover in the coastal environment. Treed native vegetation cover area has increased by 3%, native shrubland by 35% and saltmarsh vegetation by 27%.

Climate change and coastal development are major threats and drivers of change to the marine and coastal environment. They both exacerbate existing threats and bring new challenges. Ageing coastal protection structures (sea walls, groynes, breakwaters, piers and jetties) makes it difficult to protect coastal communities and support them to adapt27. The consequences of these threats and drivers are many and some are already measurable (see Figure 7).

Residential development has impacted several areas of coastal wetlands directly through drainage and conversion and higher-intensity recreational use. Large expanses of coastal vegetation have been cleared for agriculture and this fragmentation continues to be a major concern through future development of high-value coastal land.

Figure 7: Consequences of climate change on the marine and coastal environments 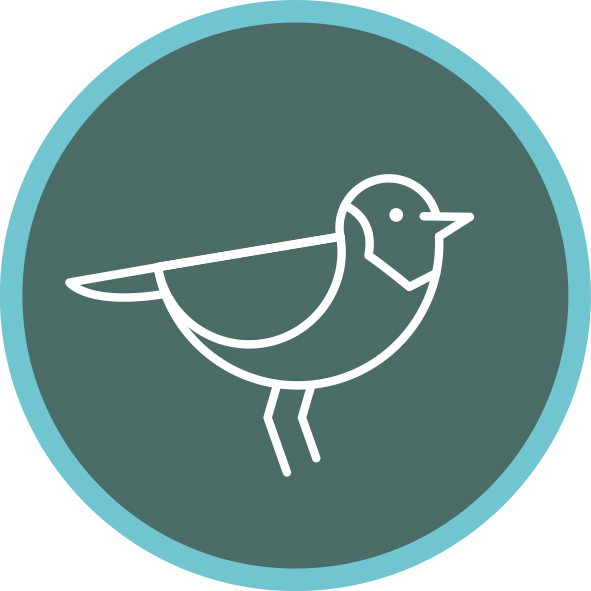 Celebrating success – a story about the hooded plover volunteers

By 2042, manage specific threats to coastal systems and improve condition where possible

By 2042, improve the resilience and adaptive capacity of the marine and coastal environment and resources to the impacts of climate change and development

Key strategies and plans that relate to the delivery of marine and coast outcomes include: