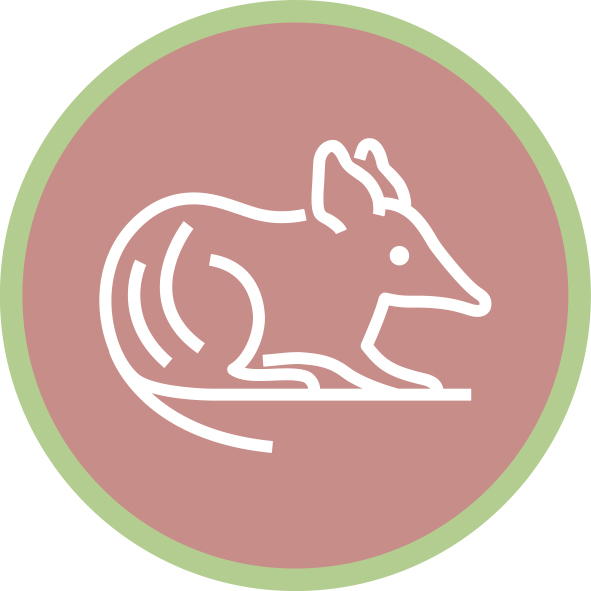 A need for protection and conservation

Victoria is experiencing a period of rapid species decline1. Within the Glenelg Hopkins region, 295 native species are considered to be threatened with extinction. Of these, 103 are animals and 192 plants.

Landscapes that undergo significant habitat loss are expected to experience large rates of species loss2. In landscapes that have undergone relatively recent losses of habitat, such as the Glenelg Hopkins region (81% habitat loss since the 1830s), the difference between initial and final levels of extinction may take many more decades to be realised3. Scientists call this concept of future species extinctions caused by habitat loss in the past ‘extinction debt’4. Because there are time delays in the impact habitat loss has on species, it is likely that without significant intervention, many more species will be lost from the Glenelg Hopkins region.

Threatened species are categorised according to their likelihood of extinction in the ‘near future’, with their threat status elevated as the likelihood of extinction increases and the need for intervention becomes more pressing. The most threatened category is ‘Critically Endangered’ followed by ‘Endangered’ and ‘Vulnerable’. Conservation actions implemented to prevent extinction are informed through Recovery Plans (for species that are listed as threatened nationally) and Action Statements (for species listed as threatened in Victoria under the Victorian Flora and Fauna Guarantee Act 1998 (FFG Act)). These documents are a vital resource written by scientific experts, identifying both threats and the actions most likely to prevent further decline.

Many threatened species share habitat and common threats. It is likely that specific actions will beneﬁt a broad range of threatened and declining species. Decision support tools such as Strategic Management Prospects, specific needs analysis, recovery plans and conservation advices can assist in identifying the priority actions to benefit species and their habitats.

The most frequently identiﬁed threats for the region’s native species are outlined in ‘Major threats and drivers of change’.

Learn more about some of the region’s threatened species by clicking on the photos below.

Twenty-one per cent of native species in the Glenelg Hopkins region are threatened with extinction. This includes 14% of recorded native plants and 22% of recorded native animals (Figure 1). The number of threatened species tends to be highest in the most heavily cleared parts of the landscape. For example, the VVP is the most heavily cleared bioregion in the Glenelg Hopkins catchment and harbours the highest number of threatened species.

Species closest to extinction are those that are considered critically endangered, followed by endangered and vulnerable. A list of all threatened species in the region can be found below:

Land clearing has been identified as the most widespread threat to the region’s threatened species, with further habitat losses identified as a cause of decline in 88% of species Recovery Plans and Action Statements (Figure 2 & 3). To a large extent, species decline in the Glenelg Hopkins region is a legacy of past land clearing, with only 19% of native vegetation cover from the time of European arrival remaining. This trend of habitat loss is continuing, with losses since 2010 highest in the same areas where historical land clearing has been concentrated (e.g. 47% further loss of native grassland since 2010)7.

The categories of threats identified above range from pervasive (like climate change) to unique (like absence of a specific symbiont). Broad threats, which apply at the landscape scale and impact many species, include things like weeds and pest animals, land clearing, grazing and inappropriate fire regimes.

Climate change is emerging as another major threat to the region’s listed species through increases in temperature, extreme weather events and declining rainfall. Large amounts of uncertainty remain over how species will respond to these conditions, and cascading effects are difficult to predict as the relationships species depend on are de-coupled and break down. Semi-aquatic and seasonally inundated plants are expected to be particularly vulnerable. Concern over changes to hydrology and water regimes has also been identiﬁed speciﬁcally for many threatened animals. This includes species reliant on rivers and streams, such as the Glenelg spiny crayﬁsh and the variegated pygmy perch, as well as those reliant on seasonal wetlands such as the brolga and the Australasian bittern8.

The role of fire in the Glenelg Hopkins region is nuanced. For many animals an increase in fire frequency and intensity is considered a threat, while for many plants a decline in frequency is a threat. This complex relationship between species and fire depends on the ecosystem they occupy. For example, native grassland on roadsides across the VVP provide habitat for many threatened orchids and daisies, such as the clumping golden moths and the button wrinklewort9. These species are poor competitors relative to the native grasses they share habitat with. However, regular burning both pre- and post-European arrival across the region kept grass structure open, providing these species with access to sunlight and the space needed to persist. Regular burning of grassland also provides the ideal habitat structure for the striped legless lizard, one of the few threatened animals for which a decline in fire frequency is considered a threat10.

In the more forested parts of the region, such as the Glenelg Plain and Greater Grampians, fire is considered a threat to animals in the context of large-scale, intense bushfires. For example, large-scale bushfires in the Grampians over the past 15 years have had a lasting impact on resource availability for the heath mouse and southern brown bandicoot11. Bushfire is likely to become an increasingly prominent risk with climate change12. Relatively low-intensity fire can also be a threat in some instances. For example, hazard reduction burning on the Glenelg Plain can limit food production for the red-tailed black cockatoo for up to a decade when fire scorches the tree canopy13. Managing the complexity of preventing large-scale bushfires while not compromising habitat through hazard-reduction burns is likely to become increasingly challenging.

Introduced predators are a major threat to many native species

Species composition of the Glenelg Hopkins region has undergone a dramatic transformation since European arrival. To date, 41 pest animals and 653 introduced plants have been recorded in the region14. Many of these species are considered a threat through competition for resources, and direct predation and herbivory. The threat of predators is likely to be compounded by climate-driven events such as large-scale bushfires, with research demonstrating that predator efficiency increases in post-fire landscapes15. In the south-west of the region on the Glenelg Plain, there has been extensive work to protect vulnerable animals from predation through the Glenelg Ark project. This project has undertaken fox control over 90,000 ha of highly significant habitat. As a result, there has been a substantial decline in fox numbers, leading to an increase in population numbers of the threatened southern brown bandicoot and long-nosed potoroo16. See Figure 4 for the area of pest control works in the Glenelg Hopkins region.

Weed invasion and soil disturbance have been the most commonly recognised threats to the region’s threatened plants. These threats are likely to be connected, as soil disturbance is generally the primary driver of weed invasion into areas of native vegetation17. Herbivory is also a major threat, particularly from introduced herbivores such as rabbits and stock grazing, but also from some of the region’s native herbivores. This is likely to have occurred due to the transformation of the environment, with European arrival affecting some native species more rapidly than others, creating an imbalance, with some native plants now vulnerable to the same herbivores they co-evolved with. 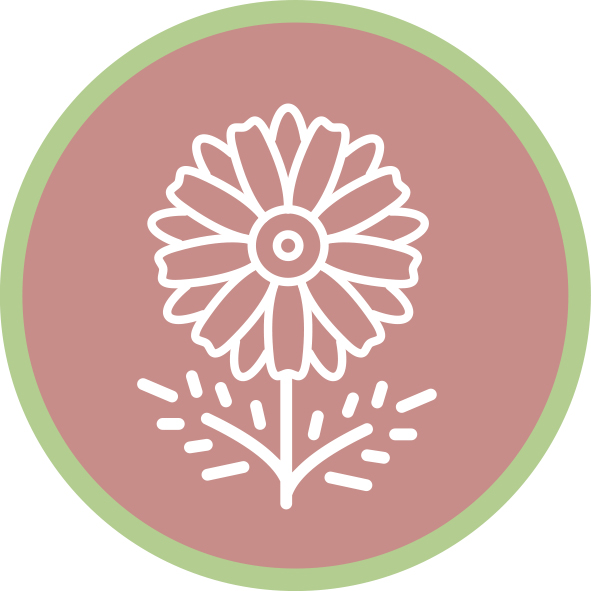 Celebrating success – a story about the unique button wrinklewort

By 2042, the health of key populations of threatened species and communities is maintained or improved

Key strategies and plans that relate to the delivery of threatened native species outcomes include:

A range of science based decision support tools are available to support the identification of priorities and management approaches to deliver outcomes for regional species and ecological communities across the landscape.

Climate change adaptation and planning is a core principle underlying the biodiversity outcomes of the RCS and is reflected in the identification of management priorities ranging from resilience to transition to transformation priorities.  The following strategic documents provide guidance on climate change adaptation planning for biodiversity in the region, more information on the Climate Change page.