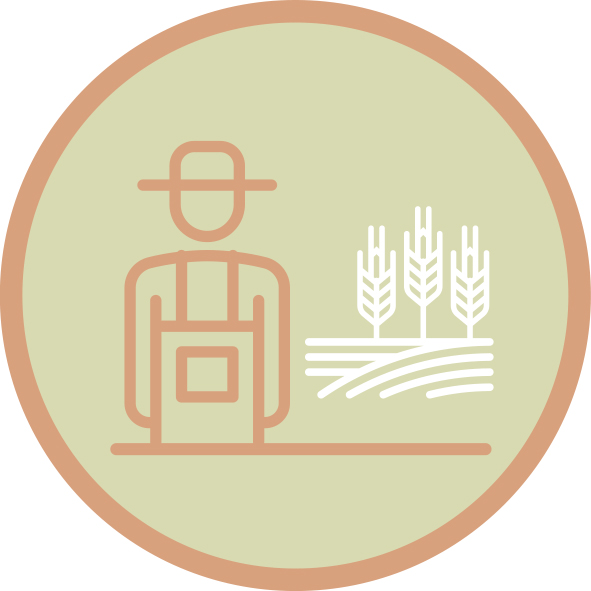 Aboriginal peoples and communities have retained a strong identity and connection to the traditional lands for which they have custodial rights and responsibilities. Today, the Glenelg Hopkins catchment area coincides with four Traditional Owner groups that manage the region’s unique cultural and natural values through critical initiatives such as Indigenous Protected Areas, joint-managed National Parks and private land holdings.

In 2019, the United Nations Educational, Scientific and Cultural Organisation (UNESCO) bestowed Word Heritage Status on the Budj Bim Cultural Landscape – the first World Heritage listing of any Australian Indigenous place to be registered explicitly for its cultural values. The region also contains the National Heritage listed Gariwerd (Grampians National Park). Gariwerd is one of the best known parks in Victoria, and is recognised for its outstanding natural and cultural values.

Since European settlement, the region has undergone extensive land clearing for agriculture and urban development. Around 83% of the original native vegetation has been cleared, and 81% of land is now farmed. Agricultural land use varies considerably across the catchment and is inﬂuenced by a range of factors including: land capability (e.g. soil type, terrain), commodity prices and access to supporting infrastructure. Major agricultural land use classes include cropping, dairy, sheep and beef production. Most regional farms are mixed operations, producing more than one agricultural commodity. Cropping, often in conjunction with sheep or cattle, is dominant in the north-east of the catchment, while dairying is dominant around Warrnambool, and in the region’s south-east. Softwood (mostly Pinus radiata) and hardwood forestry plantations are a common feature of the landscape, particularly in the western and south-west parts of the catchment.

A mozaic of land used for agriculture and conservation
Photo: Hopkins River Beef

Over the past 30 years, the area of land under pasture has declined, and area under cropping and hardwood plantation has increased (see Figure 1 and video below)3. Despite the significant increase in area of dryland cropping since 1985-90, the area under cropping has plateaued over the past 10 years, at around 200,000 ha. The area under hardwood plantation peaked in 2010-15, and declined between 2015 and 2019. The area of land under pine plantations has remained relative stable over the past three decades, while the area under irrigated horticulture has gradually increased. Further analysis on the key drivers behind these trends is provided below.

The 2018 State of the Parks report examined the condition and change since 2013 of 31 reserves in the Glenelg Hopkins region. While no reserves were classed as in ‘excellent’ condition, 58% were assessed as being in ‘good’ condition. Of these, most had maintained their condition, except for the Mortlake Common Flora Reserve, which had declined, and Mount Buangor State Park, which had improved. Thirty-five per cent of reserves were assessed as being in ‘fair’ condition, with three in continued decline (Bats Ridge Wildlife Reserve, Gariwerd (Grampians National Park), Lake Linlithgow and Bullrush Swamp Reserve). The Black Ranges State Park was the only reserve identified to be in ‘poor’ condition, with its condition having continued to decline since 2013. Where decline in condition was identified across the region’s reserves, key drivers included invasion of weeds and pest animals, bushfire, inappropriate water regimes, over-abundant native animals, tree dieback and impacts from visitors4. See Figure 2 for the spatial extent of conservation reserve in the region and Figure 3 for the area of permanent protection within the region5.

The area of land under cropping has increased significantly over the past 30 years, from around 34,000 ha in 1990, to almost 200,000 ha in 2018-19 (12% of regional agricultural land use)6. This transition from grazing to cropping has been particularly evident in the north-east of the catchment. The expansion of cropping has been supported in some areas by the use of raised bed techniques, which has enabled cropping to be adapted to historically high rainfall zones. The significant increase in cropping in the early 1990s was partially linked to the collapse of the wool price. Since that time, positive economic returns and other factors have encouraged farmers to transition into cropping, either as a mixed operation, in combination with grazing, or as a single enterprise. The Ararat Local Government Area (LGA) has experienced the largest change of land use. Since 1990, just under 15,000 ha of permanent pasture per year was converted to crop (Figure 4 and video below)7.

Grazing, predominately for sheep, beef and dairy cattle, is the major land use within the Glenelg Hopkins region. Dryland grazing accounts for around 76% of agricultural land use, with 88% on improved pasture. The agricultural commodities produced by grazing enterprises account for more than 80% of agricultural commodities produced from the region, by gross value. There has been a decrease in land used for broadacre grazing since the 1990s, with permanent pasture land changed to accommodate growth in dryland cropping and hardwood plantations (see video)8.

The area of softwood (mostly Pinus radiata) plantations in the region has remained relatively stable over the past 30 years, at around 60,000-70,000 ha9. The area used for hardwood plantations has increased significantly. The involvement of Managed Investment Scheme (MIS) companies in the late 1990s drove a rapid increase in the area under hardwood plantations (blue gums), and reduction in land used for permanent pasture. This change in land use is particularly evident in the Glenelg catchment area, where timber plantations in the Bahgallah, Dartmoor, Dergholm, Hotspur and Nareen areas increased by 730%, from 1,421 ha to 10,354 ha10. Changes to MIS incentives from 2006, and the 2008 global financial crisis, have slowed the expansion of hardwood plantations. Expansion of hardwood plantations appears to have peaked in 2015 at around 140,000 ha (Figure 5 and video below)11. Since that time, the industry has moved to consolidate hardwood resources, limiting locations to areas that can be profitably managed, harvested and transported. The conversion of land to pasture after harvest of hardwood plantation has become more common in recent years.

Changes in land use driven by climate and commodity values

Regional land use is heavily driven by climate and economic factors. Prior to the wool price reserve crash, wool production was the dominant enterprise within the catchment. Ongoing low wool prices have led to a decline in the wool industry and an increase in prime lamb production. This has also contributed to a transition to cropping in the north-east of the region12. In more recent years, the downturn in milk prices in 2017 has had a significant impact on the sector, with many dairy enterprises in the region’s south-east converting to beef production.

Available land use data suggest the area under crop may have peaked in 2015. However, a predicted 2021 increase of 11% in world wheat prices, 15% rise in export barley and 18% rise in oilseed prices may encourage renewed expansion of land under crop13. The corresponding prediction of a 23% decrease in prices for wool, due to lower demand, may encourage this trend14.

Changes in regional land use are also predicted as a result of climate change. For example, a technical report by Deakin University in 2017 modelled a range of scenarios for broader acre cropping, under a changing climate. The report concluded that:

“The modelling indicates a likely shift of the traditional cropping zone from the northeast corner of the catchment further south and west, following the projected rainfall decline. Such a shift may increase suitability in the south, specifically for winter cropping commodities sensitive to waterlogging, but the equivalent decrease of precipitation is likely to cause water shortages and subsequent suitability decline in the traditional cropping zone around Ararat, Tatyoon, Lake Bolac and Streatham.” 15

Adoption of raised- bed practices has proven to be an effective method for cropping farmers to move onto land previously too wet in winter for crops. The practice began in southern Victoria in 1995; and carries several environmental risks, including releasing greater amounts of run off than conventional cropping and pasture systems.16 Field measurements have shown that the volume of run-off can be increased by 100%, when compared to standard cropping systems.17  This can result in increased erosion risk, particularly when run-off flows into drains not built for higher volumes of water or flow rates, flooding and damage to public infrastructure.

The continued expansion of cropping is expected across the region

Some harvested areas of blue gum plantations within the region are not being used for a second rotation and the land is being sold for farming. Returning these areas to pasture or cropping remains a challenge due to the potentially high costs involved.

Centred around Regional Forestry Hubs (locally at Mt Gambier), the plan seeks to reduce barriers to forestry expansion by realising opportunities in dual-purpose agroforestry on farm land, value-adding and diversity of forestry products, enabling forestry to fully participate in the Emission Reduction Fund, and reviewing legislative restrictions to plantation expansion19.

There has been growing interest in irrigation within the region’s agriculture industries in recent years. While the region has long had irrigation, the rate of new development of irrigation has historically been quite low, with only one or two Section 51 licence applications per year. However, applications increased to four in 2017/18 and 2018/19, and a recent Expression of Interest for Dilwyn Aquifer water attracted about 20 applications.

There are no declared irrigation areas in the Glenelg Hopkins Region. Irrigation in the region is primarily concentrated in two areas: within 30-40 km of the coast from east of Warrnambool to Tyrendarra, and within 20 km of the Victoria-South Australia border north of Nelson up to Lake Mundi. Other irrigation is dispersed where localised water resources are available.

While there are economic and social benefits in utilising the regions water resources for primary production and secondary processing, there are a range of potential threats associated with irrigation, including: 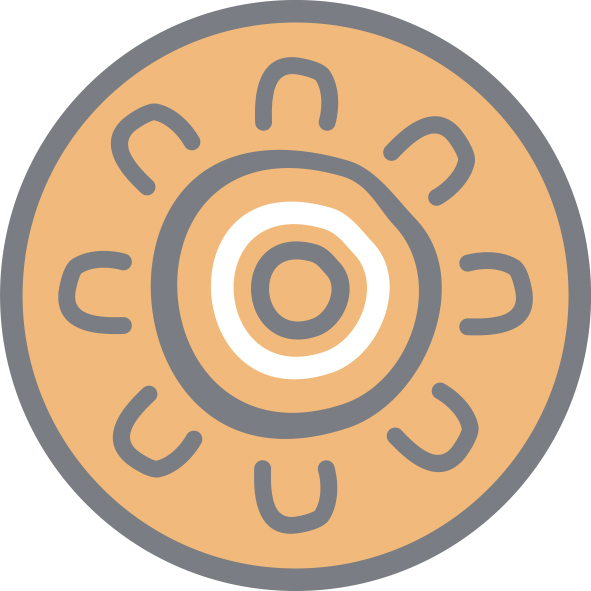 By 2042, land managers are supported to manage land and water within its capability

Key strategies and plans that relate to the delivery of land use outcomes include: