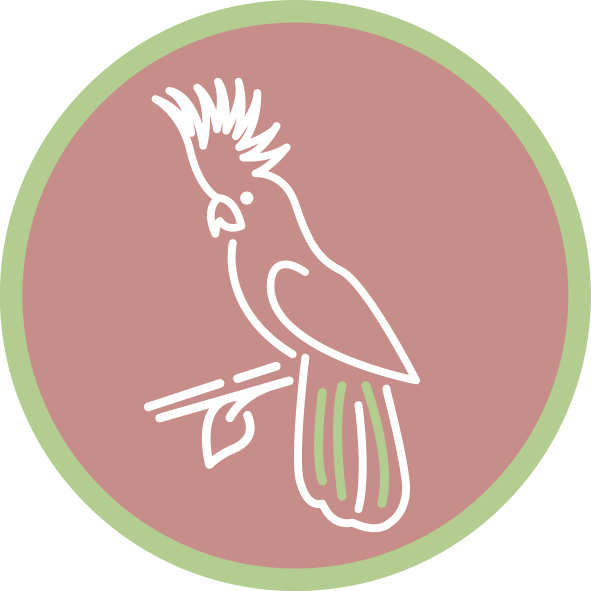 A variety of living things

Aboriginal people have cared for the Country for thousands of years in ways that kept it healthy and created a region rich with food and medicinal resources. Through a detailed knowledge of their environment and cultural land management practices, such as traditional burning, fish traps and sowing and storing plants, they have shaped Country and maintained very high degrees of biodiversity.

Biodiversity is the term used to describe the variety of all living organisms and biological processes within an area. This includes the diversity of species, genes, and the habitats they depend on. Biodiversity is not evenly distributed around the world but is rather concentrated in particular areas known as ‘biodiversity hotspots’. Two of Australia’s 15 biodiversity hotspots are found in the Glenelg Hopkins region: the Victorian Volcanic Plain (VVP) and Victoria’s South-West.

Native vegetation provides essential habitat for the region’s biodiversity, places for recreation and tourism, and holds important cultural signiﬁcance to the region’s Aboriginal people. Native vegetation across the region has been largely cleared since European arrival, with 19% remaining. The areas that remain are often highly diverse and nationally signiﬁcant, such as roadside native grassland on the VVP, the dwarfed heathy woodlands on the high peaks of Gariwerd (Grampians), and the stringybark forests of the Glenelg Plain.

The term threatened species applies to all species that have become vulnerable to extinction in the near future. In the Glenelg Hopkins region 295 species are currently threatened with extinction. Habitat loss, species invasion, and disruption to ecological processes have been key drivers of species decline, and climate change is expected to become a signiﬁcant driver in the future. Extensive work is occurring throughout the region to improve the long-term future of key species such as the south-eastern red-tailed black cockatoo, the eastern barred bandicoot and the button wrinklewort.