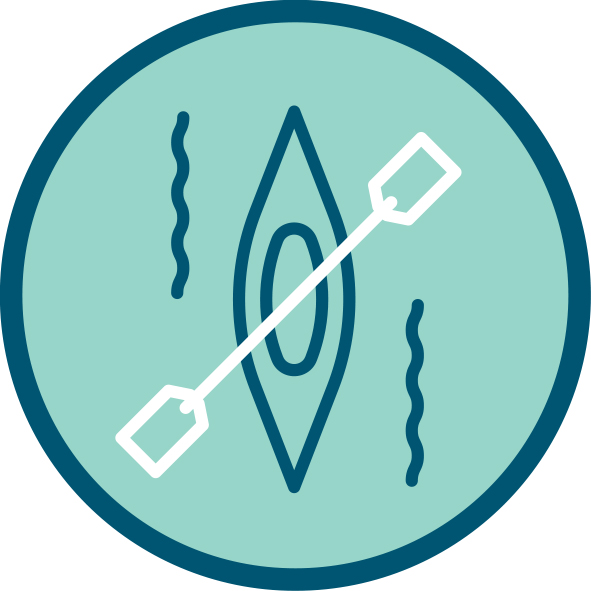 The Glenelg River starts its journey in the Grampians, winding its way through western Victoria and South Australia, before flowing into the sea at Nelson. At more than 500 km, it is one of the longest rivers in Victoria.

In the early 2000s, the Glenelg Hopkins CMA, in conjunction with community groups and other agencies, commenced the Glenelg River Restoration Project. It was an ambitious project aimed at the long-term restoration of biodiversity values and river health. The major challenge has been the scale and broad nature of threats to the river system.

Through this work and the Glenelg River water for environment program, benefits are starting to be seen. Deep water holes of up to three metres have re-scoured, and some river reaches have been stabilised through stock exclusion and native vegetation restoration. Several native fish species have extended their range by hundreds of kilometres within the river system.

More recently, two Australian grayling have been found in the Glenelg River for the first time in 122 years. Australian grayling rely on appropriate flows to trigger adult fish to move upstream to spawn, and juvenile fish to return to their nursery areas in the ocean and estuaries. Altered river flows and barriers to fish movement have contributed to a dramatic decline in this species, which was once abundant throughout the coastal rivers of southeastern Australia.

Other positive outcomes from improvements in river health and flow connectivity along the Glenelg River include:

Even though the river has started to bounce back, there is always more to do. River restoration can take decades. A significant achievement for the Glenelg community however, was winning the International River Foundation’s (IRF) 2013 Australian Riverprize for their collective efforts.